The historic homeland of the Kalispel Indian tribe, Sandpoint began to experience white settlement when fur trappers under the direction of North West Company agent and surveyor David Thompson built a trading post on the Hope peninsula in 1809. Thompson described the peninsula where Sand Creek empties into Lake Pend Oreille as a “pointe of sand,” an apt name for the village and town that would eventually grow up there.

Succeeding eras brought mining, steamboats and then construction of railroads in the 1880s. Sandpoint was incorporated in 1901 and grew as a logging town; in the 1940s a trophy trout fishery in Lake Pend Oreille brought renown, and founding of the Schweitzer ski area in 1963 propelled the town into a four-season recreation destination.

1901 Sandpoint receives its city charter on Feb. 7 as part of Kootenai County.

1901 The Humbird Lumber Co. takes over Sand Point Lumber Co. and, two years later, absorbs the Ellersick brothers’ mill at Kootenai. At its height, it was the largest sawmill in the region — maybe even the world — and employed 350 men.

1903 Panhandle Smelting and Refining Co. is formed to process lead-silver ore on Lake Pend Oreille between Humbird’s two facilities. Financial problems and a lawsuit led to its demise in 1909.

1904 The original City Hall is built across Sand Creek near the railroad station. Known as the “Apple Box” it held a jail with four cells and the City Council’s chambers.

1905 The present 8,000-foot-long railroad bridge replaces the first one that crosses Lake Pend Oreille between Sandpoint and Venton.

1905 Another railroad builds a line through town, the Spokane Inter-national, making it Sandpoint’s third railroad.

1906 The three-story, brick Farmin School is built between Second and Third avenues on Main Street, housing the first high school and including all the lower grades. It was torn down in the 1960s to make way for a new bank building and the City Parking Lot.

1906 The first interscholastic athletic event occurs on Nov. 22; the Sandpoint High School boys basketball team beat Hope 38-8 in a game played at the Humbird Lumber Co. storage building on the east side of Sand Creek.

1907 The Northern mail boat is built, providing passenger and mail service to isolated settlers and communities around the Lake Pend Oreille.

1907 The Idaho Legislature split Kootenai County to create Bonner County, which stretched north to the Canadian border. Sandpoint is named as the county seat.

1907 The Board of Commissioners authorizes the purchase of 24 acres on the Great Northern Road for the County Poor Farm. Dr. O.F. Page won the bid to operate it at 70 cents per person per day.

1907 Humbird Mill burns on March 8 while undergoing repairs. The mill at Kootenai ran two shifts to keep up production while the Sandpoint facility was rebuilt.

1908 The first Bonner County Fair organizes and is held at the Methodist Church.

1909 The first wooden bridge across Lake Pend Oreille is completed. The “Wagon Bridge” cost about $50,000 and was heralded as the longest wooden bridge in the world. Harry Fry had christened the first piling with a bottle of champagne — a pint of extra dry — in May 1908.

1909 The first electric street car begins operations from Main to Boyer and then out to Humbird Mill in Kootenai.

1910 The Power House is built to generate electricity with steam turbines that use wood waste from local sawmills and water from Sand Creek.

1910 The new City Hall is built at the corner of Second and Main.

1911 Former President Teddy Roosevelt visits Sandpoint, delivering a couple of speeches and taking a steamboat trip on The Northern on Lake Pend Oreille. The following year he stops at Sandpoint’s railroad depot during his unsuccessful presidential bid in the “Bull Moose Campaign.”

1915 Bonner County is split in two, creating Boundary County to the north.

1916 The current Northern Pacific Railroad depot, which is now on the National Register of Historic Places, is built north of its original location.

1917 The lumber industry virtually shuts down in the summer because of a massive strike by the Workers of the World. The strike essentially ended in September, and many months later, the company owners agreed to an 8-hour day.

1922 A.C. White sawmill at Laclede burns to the ground. The remaining buildings are barged up the Pend Oreille River to Dover, where White took over Dover Lumber Co.

1924 The Sandpoint News Bulletin begins publication, with Lauren Pietsch and J.L. Stack as publishers.
1926 Talache Mine closes; it produced $2 million worth of lead and silver.

1928 The new U.S. Post Office is dedicated on Second Avenue and houses federal offices as well.

1928 Jim Demers wins the javelin throw at the state track meet with a toss of 200 feet, 4 inches — a world high school record — as well as winning the shot put and discus. He is the only SHS athlete to ever win three events at a state track meet.

1929 The stock market crashes, leading to The Great Depression.

1931 Humbird Mill liquidates, shutting down all logging and its mills in Sandpoint and Newport. Its mill in Kootenai closed the previous year.

1931 The last of the Kalispel Tribe’s annual August powwows at the City Beach is held.

1936 Community Hall is completed by the Works Progress Administration on First Avenue. Its total cost was $8,292.

1940 Jim Brown Jr. organizes Pack River Lumber Co. Its first logging enterprise was salvaging stray “deadhead” logs from the lake. The next year, he bought the Colburn mill and planer, followed by the Dover Lumber Co., the beginning of a “timber empire.”

1941 Fire ravages the Jones’ Taylor shop on First Avenue, just a couple doors down from the Panida Theater.

1942 Farragut Naval Training Station is built on 4,000 acres at the southern end of Lake Pend Oreille. Ross Hall was hired to be the official photographer. The base boosted Sandpoint’s economy and employment dramatically. Community Hall was used as a USO starting in 1943.

1946 Memorial Park is built to honor World War II veterans; the first softball game is played at the field.

1946 On June 15 Farragut is decommissioned; 293,381 sailors had been trained there during World War II. Farragut College & Technical Institute opened in October to retrain veterans under the GI Bill. It closed in 1948.

1946 The world-record Kamloops trout is pulled in from Lake Pend Oreille, weighing 37 pounds.

1949 Buildings from the former Farragut Naval Training Station are floated to Sandpoint on Lake Pend Oreille to replace Page Hospital.

1951 A $1.082 million bond passes in order to build a new senior high school (on Division Street) in Sandpoint, as well as other schools in the district.

1953 The Lions Club is chartered in Sandpoint and launches a program to improve City Beach.

1956 The third Long Bridge is completed, the first steel-and-concrete structure for motorized vehicles, and is dedicated on June 22.

1956 Russell Kotschevar carves Pend Oreille Pete from a 32-foot-long white pine log fashioned after Sam Miller, a well-known fisher and businessman from Garfield Bay. The statue was in front of Kamloops Tavern for 20 years.

1961 Pacific Gas Transmission’s line crosses through Bonner County on its route from Canada to California. As many as 500 workers made Sandpoint their headquarters.

1963 Schweitzer Basin opens on Dec. 4 as a community owned ski resort, with one chairlift, a three-story lodge, a rope tow and T-bar.

1965 Farragut becomes a state park, and the first Girl Scout Jubilee is held there, hosting 10,000 girls.

1966 The Post Office moves from its location on Second Avenue to its current location at Fourth and Church.

1967 Don Samuelson, co-owner of Pend Oreille Sports Shops, is elected Idaho’s governor. He had been stationed at Farragut during World War II, and moved here after the war.

1967 Sandpoint cheers on its own Jerry Kramer as the Green Bay Packers win the first Superbowl in January. Kramer, a right guard, was also on the team when it won Superbowl II.

1967 The Sundance Fire in August burns more than 55,000 acres in the Selkirks, killing two men.

1967 The 12th Boy Scouts World Jamboree, the first and only in the United States, is held at Farragut State Park in August, bringing 17,000 scouts representing 105 nations. The National Boy Scout Jamboree followed in 1969 — the largest ever with 42,500 boys attending — and again in 1973.

1971 Idaho forms the Magistrate Court and names Margaret N. Burns as the first magistrate judge to serve in Bonner County.

1972 The new Bonner County Fairgrounds are developed on 39 acres on North Boyer, moving it from Lakeview Park.

1974 The new Federal Building is completed on the Dover Highway at Division Street.

1976 The Sandpoint Chamber moves into its new Visitor Center on Highway 95 alongside Sand Creek.

1977 Ed Hawkins Sr. moves Litehouse Dressing from his restaurant in Hope to a new plant in Sandpoint.

1979 Sandpoint Bowl moves from Fourth and Oak to its current location on Division Street.

1980 KPND, the new FM station at 95.3, begins broadcasting on May 18, the same day that Mt. St. Helens erupts. North Idaho was dusted with volcanic ash, closing schools for the remainder of the school year.

1980 The Bonner County Historical Society opens its new museum at the former Fairgrounds at Lakeview Park.

1981 The fourth long bridge opens on Sept. 23 after nearly three years of construction at a cost of $11.4 million.

1982 The Festival at Sandpoint organizes, holding its first concert at Farmin Park.

1984 Laurel Wagers, Susan Bates-Harbuck and Jane Evans organize, leading to a community rally to save the Panida Theater; $75,000 was raised for a down payment and repairs to re-open as a community-owned theater on Aug. 1, 1985.

1986 After a year of double-shifting, a five-year plant facility levy passes for $15.8 million, allowing construction of a new Sandpoint High, Kootenai Elementary and Hope Elementary schools, plus renovations and additions to many other schools.

1989 A native of Sandpoint, Ward Tollbom gives away 1,000 prints of his painting of chickadees in appreciation for community support. The first 800 people who lined up on Cedar Street were greeted personally by Tollbom.

1991 The new Sandpoint High building opens on Division next to the old high school.

1991 Unicep Packaging is founded by John Snedden, DDS, to provide unit-dose packaging for the dental industry and to manufacture a line of peroxide oral health care products. Since then, it has expanded its manufacturing capacity to inlcude custom packaging and contract manufacturing.

1993 A stoplight is built at the intersection of Highways 95 and 200, ending Sandpoint’s history as a 2-stoplight town since 1960. Three more are added the following year.

2000 The new library building at Cedar and Division opens. Hundreds of volunteers formed a human chain on March 30 to pass 15 books between the old building on Second and the new one. Volunteers included some members of the SHS class of ’68, who had carried the library’s collection from its location in City Hall to the new one on Second in 1968.

2012 Sand Creek Byway, a major transportation project that routes Highway 95 away from the downtown core onto a bypass up the Sand Creek Peninsula, opened.

See what fascinates everyone who comes here with this great slideshow of Sandpoint and our beautiful surrounding mountains, forest and lakes.
View Slideshow » 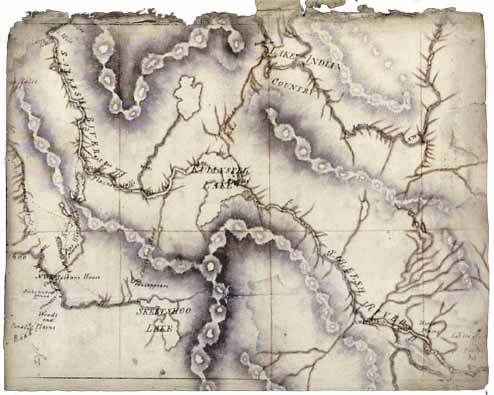 Get to Know Sandpoint